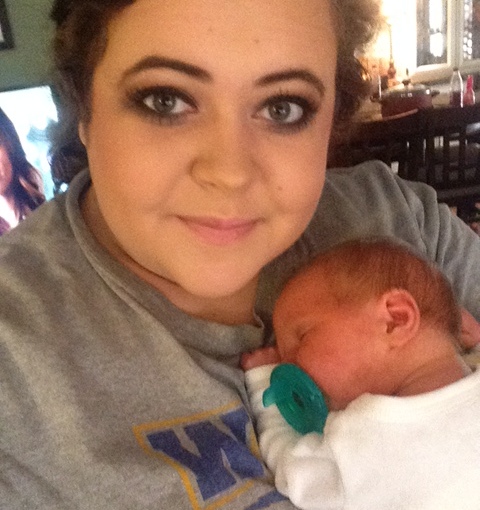 Hard times: They are a Comin’

Disclaimer: This post is one of several that will recount my daughter’s battle with Major Depression. It is such a risky business to speak of much less write of mental illness. Anya’s experience has led her to share her own story of depression and healing at Sermon on the Mound at WCHS in Rochelle, Georgia. I want to use her bravery and her determination to help other teens as inspiration for me to write about my experience as her supporter. The second blog about her treatment will be published 5.4.18.

Sitting underneath the covered side porch of the peach shed that belongs to my youngest brother, I breathed in the fragrant, warm air and smiled at my sister-in-law, Leigh Ann, as she rocked in her black rocking chair. Five of our children were riding the golf cart through the orchard as we enjoyed looking at one-year-old Cara. I lovingly reminisced in my mind of when I was sixteen and worked in the orchard; none of the out buildings existed yet. Tom Sawyer’s orchard had been devoid of trams and garage apartments or sheds. I sold peaches out of an old truck body, and I sent customers to the right row of ripe peaches by giving them verbal directions.

Today, however, it looks serene and majestic with porches, porticoes, fences, a tram, goats, and kid toys. Leigh Ann interrupted my daydreaming by giving me a suggestion on my writings: your work doesn’t show how funny you are in real life. You’re so witty. It needs more wit. I do love a good yarn, dripping with humor, wit, and description. I love to read and write it, yet shouldn’t I consider my reason for writing? While ruminating on Leigh Ann’s suggestion as well as my childhood musings, I thought about my subject matter: motherhood. It is so often FUNNY.

Just last night, Bailey, my twelve-year-old step-daughter, and I had so much fun laughing together.  She has so much wit—even when she does not try. She arrived home after church, and I found her running away from the chicken coops.

She said, “Hey, Jennifer, a chicken got out of the coop.”

“Which coop? What chicken? I retorted.

“A big one!” She screamed back.

Her response to me was to do the chicken dance and laugh. “I’m the chicken that got out!!”

In addition to Bailey’s chicken joke, she made tears well up in my eyes later that evening while folding clothes. “Jennifer, Daddy’s drawers are full,” she stated.

“Yes. It’s because he has too many panties.” Bailey exclaimed.

Of course, I laughed, and she corrected herself by referring to his “underwear.” Conversations like those are the laid back, enjoyable Mommy moments. I relish sweet evenings at home with the kids. Unfortunately, not all situations involving our girls have been fun. Right now, we are enduring a custody battle with Bailey’s mother, and we are suffering through Sophia’s (our fourteen- year- old daughter) six month restriction due to inappropriate cell phone usage. Yet, neither of these situations have devastated my heart and my soul as much as helping Anya through her battle with Major Depression since October 2017.

It was a quiet night in our house on October 15, 2017. At 11:30 pm, I completed my lesson plans, nursed the baby, and settled into my covers. A prevailing thought entered my sleepy mind; it was almost as if someone had placed it randomly inside my mind. CHECK ON ANYA! The odd thought screamed inside my mind, but it stopped when I opened Anya’s bedroom door. She was sitting on her bed at midnight, surrounded by several letters to friends and family members. In her right hand, she grasped a bag containing many pills. I found her only moments before she planned on committing suicide. My sixteen-year-old beautiful, smart, loving daughter felt so lost and alone that her only hope was escape. Permanent escape.

I grabbed her up and asked her questions. All of her answers led me to realize she was seriously depressed. Thanks to my teacher training, I called the suicide crisis hotline. I stayed with her, and in the morning, she would be evaluated by a crisis counselor. We waited all day for news of a decision: she would stay at a facility for teens for five days. She was transported by ambulance. I stood utterly alone in the middle of the community health center in Dublin, Georgia, and watched an ambulance drive my sweet Anya Claire “Azrell” (the name she called herself as a toddler) to Savannah for five days. In that horrific moment, my world stood still, my chest ached, and my tears streamed down my cheeks—I had to rely on the strangers to care for my baby.

I struggled with questions: how could I have missed the signs of such serious depression? Why hadn’t she reached out to me? What if I had not felt compelled to check on her? I decided to focus on the fact that I had supernatural intervention. Anya was very much alive and receiving the help she needed to recover. On October 16, 2017, the six month long marathon of recovery had begun. That would be the first of many hard, complicated days for Anya as well as my family. Immediate treatment was the first step of the marathon.