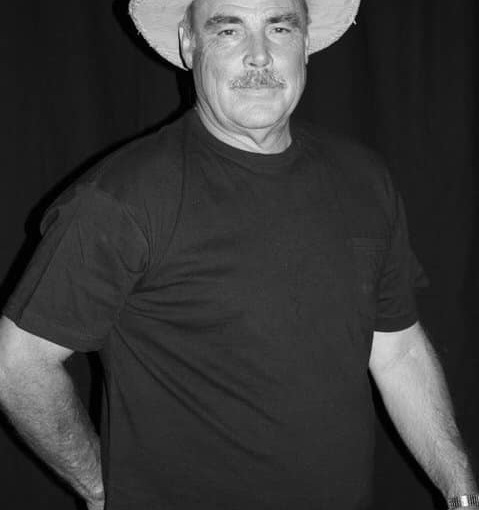 Well, I have had this title in my drafts for most of the week. I always put a list of titles to remind me of what I intend to write whenever I get around to writing it. I definitely did not expect to be up at 3 am this morning with a splitting headache, but since I have one, I will write this post now. Today is December 3, and it has been four years since Jimmy Greene, my daddy, died on the deck here at the house.

I always call him “my daddy” as if I am the only child. I have two wonderful brothers, one who farms and one who logs. One interacts with a thousand or more people a week at the farm, and the other one has a magnificent YouTube channel to showcase his marvelous gift of gab. However, this blog is my platform, and this yarn will be spun from my perspective. It amazes me that we all have experienced the exact same situation so many times in our lives, but we tell the memory of it so differently based on our skewed remembrances and our own baggage.

Douglas and James shielded me from the horrors of finding him and seeing him shattered and cold that morning four years ago. I can’t imagine how traumatic it all was, but their gift to me allowed me to focus more on my time with him the day before his death. So, I will focus on December 2, 2016.

In order to understand December 2, one must know of December 1. He called me at 6 am on December 1 because he was coughing up blood, and he was seriously scared. This freaked me out more than the blood because I can barely recall any singular moment in time that my daddy was actually afraid of something. My OB/GYN placed me on bedrest on November 30th due to high blood pressure, so for the last three weeks of my pregnancy with Liam, I should have been calm and have had my feet up.

However, this would be the December to remember. Nothing would go as planned. I immediately called Douglas, and he picked Daddy up and drove to the emergency room in Dublin before day. Chris, Leigh Ann and I would follow shortly, but I had to get a ultrasound and bloodwork at 8 am. Dr. Boles confirmed that I would be out on maternity leave earlier than expected. Chris and I drove to the ER.

Daddy acted so different that day, but I must hurry to get to December 2. He made a decision to return home with me, to wait on the possibility of death. It was his choice. He made it. I merely had to learn to respect it. My youngest brother found my paternal grandmother in the yard on the ground that day. Douglas and I focused on Daddy most days while James got Grandma, which was possibly the hardest job.

The fall was the impetus of all the events leading to the December 3, yet I digress. On the second of December, Leigh Ann and I, two pregnant women, spent most of that day in the ER in Eastman with Grandma. I still have the stack of paperwork from all the tests they ran on her that day. I called daddy, Michael, and Phillip several times. Daddy as usual summed up situations so succinctly.

“Mama’s on the way out. Go ahead and accept it.”

After lunch on the second, I drove Grandma back home in my van without much conclusive information on what was wrong with her. I had two hours before I had to drive to Rochelle from Roddy to pick up the girls from school. Bedrest always included drives to Wilcox and time in ERs with Grandmothers and dying fathers.

From noon till 2 pm on December 2, 2016, I spent two hours alone at Grandma’s house with her and daddy. When I drove up, I could see daddy in the kitchen window, washing her dishes. I gave Leigh Ann two hundred dollars to get her some groceries, and I had to almost carry her thin, frail frame into the house. Her back gate was locked. I thought to myself: “How in the heck am I going to prop her up and get that opened?”

The gate suddenly swung wide open without wind or my hand, and I said, “Thank you, Papa.” as if I had no doubt it was him opening it for us. My grandfather passed away in DECEMBER 2001. Damnable Decembers. I helped her sit in the rocking chair by the kitchen, and Daddy sat directly across from us in the loveseat.

I sat beside him, and I studied them both, like a hawk. I memorized their clothes, the sounds of their voices, and sameness of their eyes. Their eyes were both so dark brown that they looked black, reflection less, absorbing all the light in the room. Grandma called my daddy Phillip all that day. He overlooked it without expression. He told me I better make sure that Phillip got here soon because he was her favorite anyway. I laughed at that because I wasn’t sure she had a favorite other than my daddy.

Daddy patted my leg and told me I needed to go home and take care of that baby and forget about them for the day. He said that his plans for the third was to go celebrate Sara Kate’s birthday at Burger King, followed by us going back to Fairview to have him another grandbaby. I laughed again. You had to know Jimmy Greene to even fathom how hilarious he truly was. Even in his last hours, his humor filled the room.

Liam would not be born until December 21, which was ironically the anniversary of Papa’s death, my daddy’s father. Obviously, B.C. intended to control dates from the grave. Unbeknownst to me in that moment, the third, the tenth, and the twenty first of December would be etched into my brain forever.

I told Daddy that I needed to pick up Grandma’s prescription in Cochran before going to Rochelle, and he took that job from me. “I will get her to eat and pick up her medicine.” he told me. I left that house at 2 pm, headed to Hawkinsville to get the girls. I got ten miles outside of Pineview when Kay Greene called me to say that Phillip was alone on the highway outside of Roddy with a flat. He couldn’t get the lugs off. I called Daddy’s cell and told him about Phillip.

He said, “Alright, Baby, I’ll handle it.” That was the last time we would ever speak to one another. I didn’t realize till the Grandma’s funeral that Daddy had loosened the lugs himself and changed the tire himself. He obviously wasn’t as weak as he looked. I texted him the rest of the night as much as his lame, sad text language would allow.

Leigh Ann and Jennifer Knight spent the evening with him, laughing and cleaning. He was throwing a birthday party for Cindy Nervo on the third. He left that out when telling me about his upcoming day. I found out about the party later that day when Leigh Ann and I were sitting in my living room while both pregnant and heartbroken on the third.

On the third, Michael called me at about 9 am to say that daddy never made it to their meeting that morning at Grandma’s. I called him. I texted him. I hyperventilated. I called Douglas. He found James Douglas Greene dead on the deck. My special daddy had returned home to Jesus that day. He made his choice. I had to accept it.

December 24, 2019, the last bit of Greene legacy was taken from me as the one who shall not be named sold my homeplace to people who will never live there.

Sometimes, you wake up at 3 am on the day your daddy died. Sometimes, you cry. Somethings happen that scar us. We all have scars now.

I think I will drink my coffee on the deck this morning. I never sit in his chair. The one he died in because I just look at it and talk to him like he is there. I would do these things except it’s 20 degrees and 4 am.

It’s probably going to be a hard day. He would also say, “Baby, sometimes you’ll have that.”

The Oracle : “We can never see past the choices we don’t understand. ” The Matrix 2

Jennifer Knight=one of my besties

The one that shall not be named= Satan’s spawn